The Caribbean is comprised primarily of island nations, of which, the majority are classified as small island developing states (SIDS). This characteristic of the region exposes Caribbean economies as small, open, and significantly trade-dependent; all of which are distinct features of numerous SIDS. As a result, economies within the region are rendered exceedingly vulnerable to economic shocks (both internal and external). In addition, owing to several inherent benefits of its geographical location and the rise in globalization and trade liberalization, many Caribbean economies over the past two decades have transitioned away from being predominantly commodity-based economies to services-led economies with a specific focus on tourism. This development has resulted in the Caribbean becoming one of the foremost tourism-dependent regions globally.

While the transition to services-led economies is well understood and largely justified by key global economic developments, the unintended consequence of the steady and increased reliance on select service industries to support economic activity has been the continued decrease in the diversification of the economic base of many Caribbean economies. This noted lack in diversification has significantly exacerbated the level of vulnerability of Caribbean economies to economic shocks and is a major impeding factor in the rate of economic recovery post-disaster and other external shocks.

Most Governments in the Caribbean have limited fiscal space as a result of high debt to GDP ratios and are therefore significantly constrained in their borrowing capabilities and in their capacity to implement economic stimulation and stabilization programs in response to a crisis. In addition, the qualifying requirements for development assistance, which are primarily based on macroeconomic indicators of economic development such as GNI per capita, have made access to liquidity on concessional terms a challenge for Caribbean SIDS given their high or middle-income country classification. This approach to development finance excludes the region’s level of vulnerability to climatic and economic shocks and further compounds challenges related to the effective response of Caribbean jurisdictions to crises.

It is against this background that the economic impact of the COVID-19 pandemic on Caribbean economies can be better understood.

Economic Impact of the Pandemic

As at 2019, there was consensus among international organizations such as, inter alia, the International Monetary Fund (IMF), The World Bank Group, and the United Nations Conference on Trade and Development (UNCTAD), that global economic growth had decelerated in 2019 with the effects of the slow down especially felt in developing countries. Yet, there were forecasts for modest acceleration in 2020.

The COVID-19 pandemic has resulted in a downward revision of the global outlook for economic growth with the IMF now forecasting a significant contraction of 4.9 percent for 2020 based on the estimates released in June this year.

The outlook for the Caribbean in 2020, prior to the pandemic, based on projections from the Caribbean Development Bank (CDB) was an average growth rate of 4.2 percent.[1]  These projections have been revised downwards with the World Bank forecasting a contraction of 1.8 percent for the region and a steeper decline of 3.1 percent in economic growth if Guyana’s economic performance is excluded from the analysis.

What remains particularly concerning in this scenario,  is that a health crisis presents the type of economic shock that necessitates the dual efforts of firstly managing the spread of the virus and saving human lives while simultaneously ensuring that economic activity is not crippled. This continues to be a herculean task for even the most developed nations and a near-impossible feat for developing countries.

At this juncture, it is evident that the pandemic has had negative and far-reaching implications for labour markets with sharp increases in unemployment figures globally. In the context of Caribbean economies, the labour market effects of the pandemic are particularly acute given the heavy reliance on tourism-related services and activities which were brought to a near-complete halt, almost overnight. As at July 2020 the United Nations Economic Commission for Latin America and the Caribbean (UNECLAC) reported a contraction of 39 percent in international tourist arrivals to the Caribbean for the first four months of 2020 when compared to the same period of the previous year. This has been attributed to the impositions of travel bans and restrictions in response to the pandemic.

The effect of the pandemic on the labour force has been closely monitored by participants and stakeholders of the region’s banking and financial services industry given the correlation between unemployment and non-performing loan portfolios. To date, the industry has responded proactively and robustly with banks and financial institutions offering loan repayment moratoriums among other measures to mitigate the unanticipated loss of income by customers. Though this may be an appropriate response for the short to medium term it is unsustainable in the long term.

In addition, the Caribbean has traditionally had a heavy reliance on remittances from the diaspora, the majority of whom are resident mainly in the United States of America and the United Kingdom. While under normal circumstances a fall in disposable income resulting from high unemployment levels in the region is usually cushioned by an uptake in remittances, in the present circumstances, the diaspora has also been adversely affected. Moreover, where it is possible for funds to be transferred to the region, the preexisting challenges associated with correspondent banking relations remain. Consequently, it is anticipated, that the adverse economic impact of the pandemic will persist well into the medium term which will exacerbate challenges faced by the industry.

It is therefore likely, that in the coming months, there will be increased discussion on the topic of loan security which continues to be highly topical within the region due to noted shortcomings in the legislative framework concerning foreclosure laws in several Caribbean jurisdictions.

The Governments of the Caribbean Region have responded robustly despite significant constraints. To date, numerous fiscal stimulus packages have been announced and implemented with a heavy lean on construction aimed at bolstering domestic economic activity. In addition, countries in good fiscal standing have successfully obtained special term loans from international funding agencies to meet pressing demands. While this augurs well for the present to short-term, it is well appreciated that construction is not a viable option for sustained economic growth.

Moreover, the most recent (July 2020) projections by the International Air Transport Association (IATA) indicate that air travel is likely to rebound at a slower rate than that of global GDP with a return to 2019 levels being realized by 2024 which is a year later than previously forecasted in May this year. Given the high dependence of the region on tourism this is a particularly bleak outlook.

Hence, for most Caribbean economies, the path of returning to sustained economic growth is highly dependent on the pace at which the pandemic is brought under control and the extent to which Governments are able to identify and implement effective economic activity generating measures in the interim. Though the present circumstance may be daunting, there are clear indicators of the proven resilience and resolve of Caribbean SIDS to overcome challenges and recover strongly from setbacks.

[1] The Caribbean Development Bank conducts analysis on the economic performance of its 19 borrowing member countries which is representative of the CARICOM states. 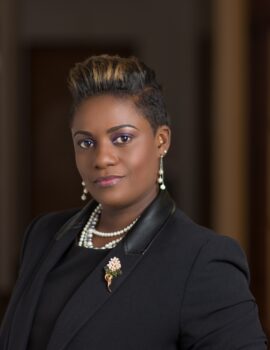 From The Desk Of The CEO

"As CEO of the Caribbean Association of Banks (CAB) Inc. (CAB), I am truly heartened by… 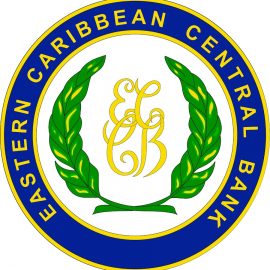