Saint Lucia, Friday, March 26th, 2021: The Bank of Jamaica (BOJ) is advancing plans to roll out digital currency, with the announcement on Wednesday (23 March) that the BOJ has selected an Ireland-based company as its technology partner.

According to a release from the bank:

“BOJ is pleased to announce that after an extensive procurement process, the technology provider chosen to support BOJ in testing a central bank digital currency (CBDC) solution in the Bank’s Fintech Regulatory Sandbox for a pilot in May to end December 2021 is eCurrency Mint Incorporated.

“eCurrency Mint will also be the provider when the national CBDC roll-out begins in early 2022.

“eCurrency Mint is a global thought leader and pioneer of the hardware, software, and cryptographic security protocol technology to enable central banks to securely issue, distribute and supervise CBDC, a digital fiat currency that will operate alongside notes and coins as digital legal tender.” 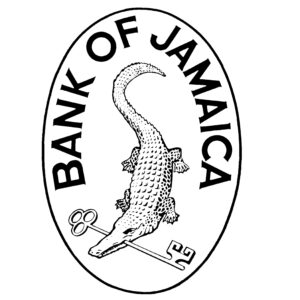 Jamaica would be the third Caribbean jurisdiction to roll out a CBDC, following the Bahamas, which deployed the Sand Dollar in December 2020, and the Eastern Caribbean Currency Union, whose DCash will be officially launched in March 2021.

In May 2020, BOJ first took the decision to embark on designing a CBDC, a “digital innovation that is fast becoming a feature of global central banks.”

CBDC is a digital form of central bank issued currency and is therefore legal tender. It is not to be confused with cryptocurrency, which is privately issued and not backed by a central authority. CBDC is fully backed by the Central Bank, the sole issuer.

Established in 1974, the CAB is a community of banks and other financial institutions in the Caribbean Region, which proactively influences issues impacting the financial services sector through advocacy, education and networking. The CAB represents fifty-six (56) banks and financial institutions in the Caribbean with an asset base in excess of US$41 billion as at Dec 31, 2019, in addition to sixteen (16) Service members comprising regional and international technological and professional institutions and three (3) Honorary Members, and six (6) Associate Members, spanning 20 territories.